Award of the Medal of Honor

President George W. Bush presented the Medal of Honor to Bruce Crandall on February 26th, 2007 in recognition of his actions at Landing Zone X-Ray during the Battle of Ia Drang, Vietnam, in November 1965. 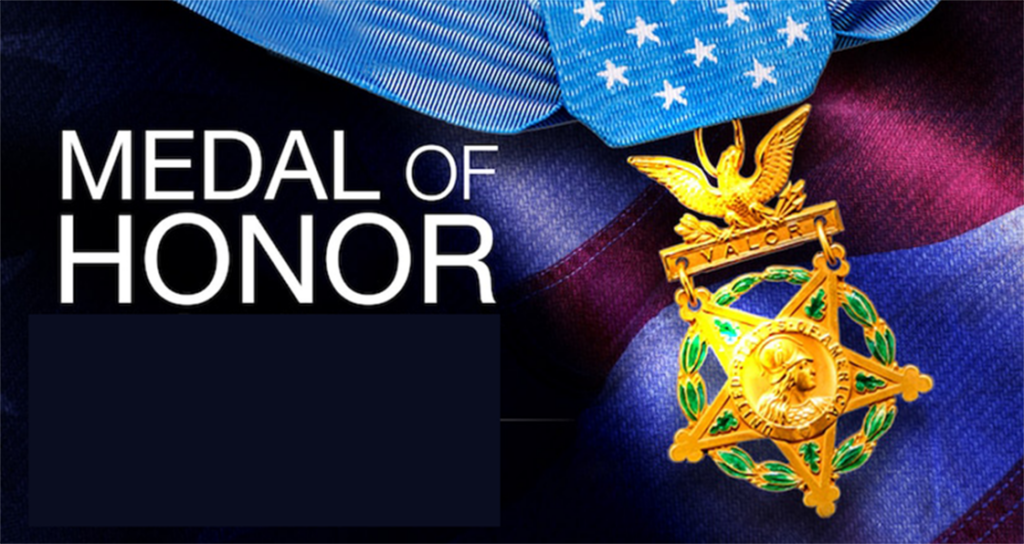 Battle of the Ia Drang

The Battle of Ia Drang (Vietnamese: Trận Ia Đrăng, [iə̯ ɗrăŋ]; in English /ˈiːə dræŋ/) was the first major battle between the United States Army and the People’s Army of Vietnam (PAVN), as part of the Pleiku Campaign conducted early in the Vietnam War, at the eastern foot of the Chu Pong Massif in the central highlands of Vietnam, in 1965. It is notable for being the first large scale helicopter air assault and also the first use of Boeing B-52 Stratofortress strategic bombers in a tactical support role. Ia Drang set the blueprint for the Vietnam War with the Americans relying on air mobility, artillery fire and close air support, while the PAVN neutralized that firepower by quickly engaging American forces at very close range.

LZ X-Ray involved the 1st Battalion, 7th Cavalry Regiment and supporting units under the command of Lieutenant Colonel Hal Moore, and took place November 14–16, at LZ X-Ray. Surrounded and under heavy fire from a numerically superior force, the American forces were able to drive back the North Vietnamese forces over three days, largely through the support of air power and heavy artillery bombardment, which the North Vietnamese lacked. The Americans claimed LZ X-Ray as a tactical victory, citing a 10:1 kill ratio.

The second engagement involved the 2nd Battalion, 7th Cavalry Regiment plus supporting units under the command of Lieutenant Colonel Robert McDade, and took place on November 17 at LZ Albany. When an American battalion was ambushed in close quarters, who were unable to use air and artillery support due to the close engagement of the North Vietnamese, the Americans suffered an over-50% casualty rate before being extricated. Both sides claimed victory.

The battle at LZ X-Ray was documented in the CBS special report Battle of Ia Drang Valley by Morley Safer and the critically acclaimed book We Were Soldiers Once… And Young by Hal Moore and Joseph L. Galloway. In 1994, Moore, Galloway and men who fought on both the American and North Vietnamese sides, traveled back to the remote jungle clearings where the battle took place. At the time the U.S. did not have diplomatic relations with Vietnam. The risky trip which took a year to arrange was part of an award-winning ABC News documentary, They Were Young and Brave produced by Terence Wrong. Randall Wallace depicted the battle at LZ X-Ray in the 2002 movie We Were Soldiers starring Mel Gibson and Barry Pepper as Moore and Galloway, respectively.

Galloway later described Ia Drang as “the battle that convinced Ho Chi Minh he could win”.

MAJ Bruce Crandall was awarded the first AVCO/AWA Helicopter Heroism Award in 1967 for his actions on the Bong Son Plain during Operation Masher (White Wing).  This rescue was selected from an international field of nominees, both military and civilian as the outstanding act of heroism involving the use of a helicopter.  At the twentieth anniversary of this award, the organization ranked MAJ Crandall’s rescue as the most outstanding in the 20 years of the award.  This award was sponsored by the Aviation/Space Writers Association and AVCC Corporation and was presented annually through 1978. 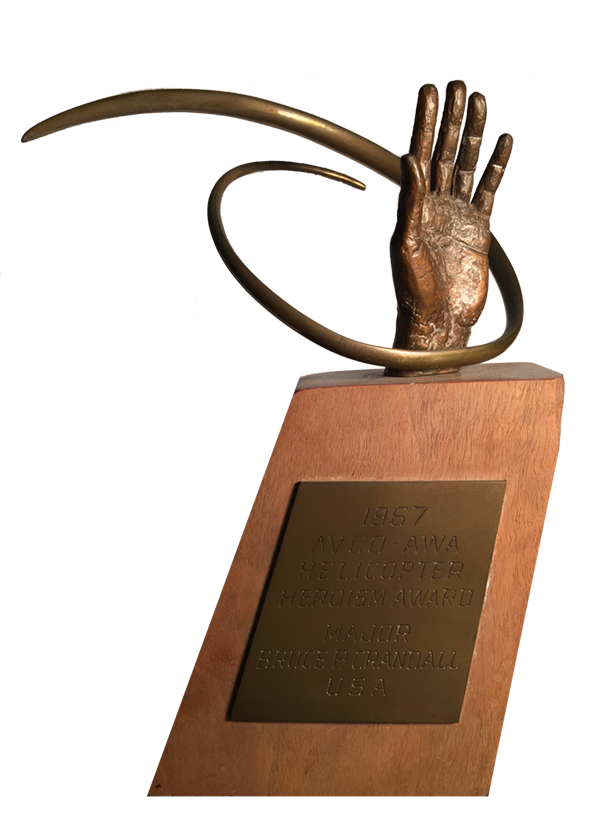 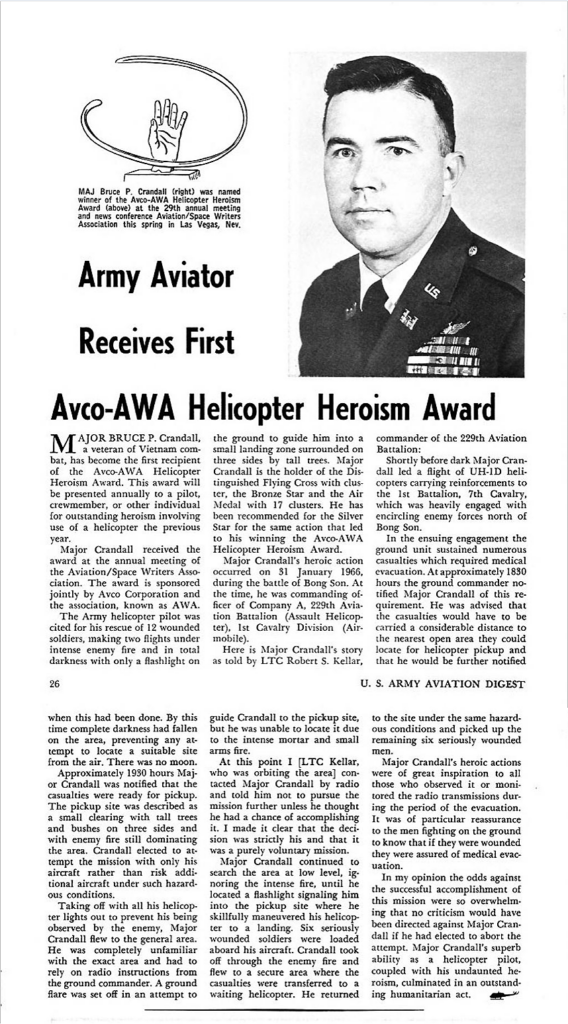 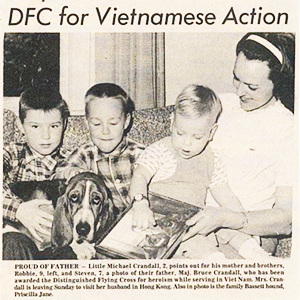 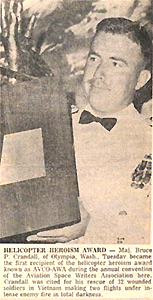 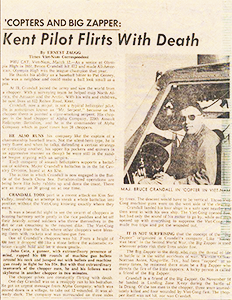 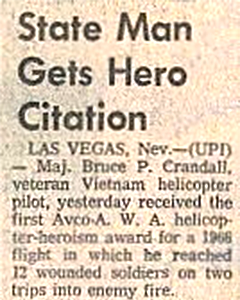 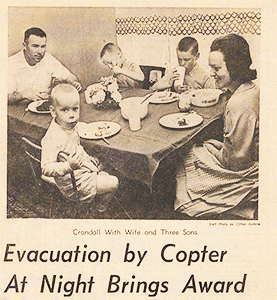 Operation Masher (24 January—6 March 1966) was in early 1966 the largest search and destroy mission that had been carried out in the Vietnam War up until that time.  It was a combined mission of the United States Army, Army of the Republic of Vietnam (ARVN), and Republic of Korea Army (ROK) in Bình Định Province on the central coast of South Vietnam. The People’s Army of Vietnam (PAVN) 3rd Division, made up of two regiments of North Vietnamese regulars and one regiment of main force Viet Cong (VC) guerrillas, controlled much of the land and many of the people of Bình Định Province, which had a total population of about 800,000.  A CIA report in 1965 said that Binh Dinh was “just about lost” to the communists.

The name “Operation Masher” was changed to “Operation White Wing”, because President Lyndon Johnson wanted the name changed to one that sounded more benign. Adjacent to the operational area of Masher/White Wing in Quang Ngai province the U.S. and South Vietnamese Marine Corps carried out a complementary mission called Operation Double Eagle.

The 1st Cavalry Division (Airmobile) was the principal U.S. ground force involved in Operation Masher and that operation was marked as a success by its commanders. Claims are made that the PAVN 3rd Division had been dealt a hard blow, but intelligence reports indicated that a week after the withdrawal of the 1st Cavalry PAVN soldiers were returning to take control of the area where Operation Masher had taken place.  Most of the PAVN/VC had slipped away prior to or during the operation, and discrepancy between weapons recovered and body count led to criticisms of the operation.

Allegations that there were a reported six civilian casualties for every reported PAVN/VC casualty during the Fulbright Hearings prompted growing criticism of US conduct of the war and contributed to greater public dissension at home.  During Operation Masher, the ROK Capital Division were alleged to have committed the Bình An/Tây Vinh massacre between 12 February and March 17 1966, in which over 1,000 civilians were allegedly killed. The operation would create almost 125,000 homeless people in this province, and the PAVN/VC forces would reappear just months after the US had conducted the operation. 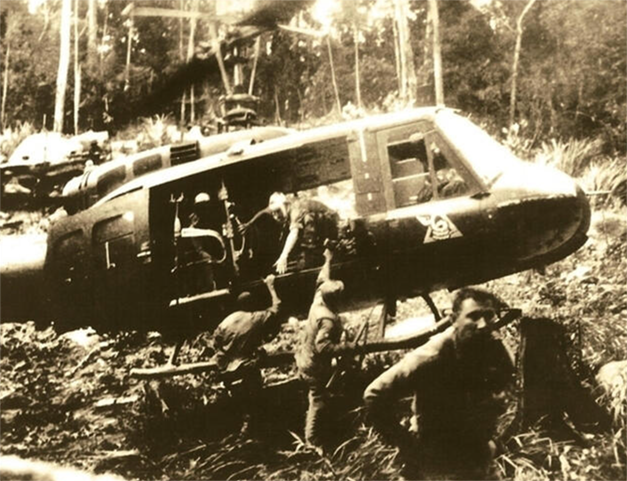 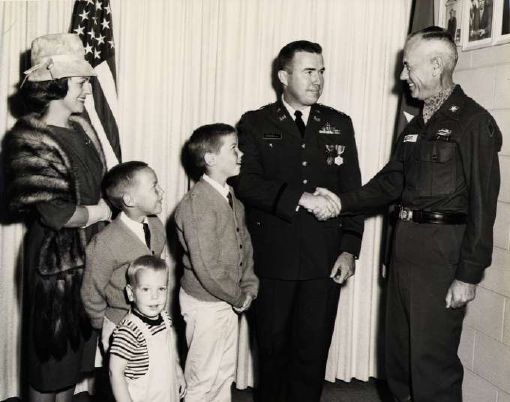